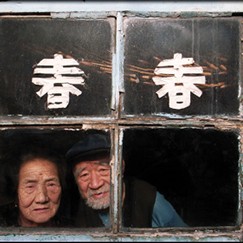 Richard Wilhelm came to China as a young missionary, where he soon set up a mission  that went against conventional expectation. He did not baptize a single Chinese. Instead he strove towards an understanding of Chinese thinking. China was being bled to death by the colonial powers and Richard Wilhelm experienced at first hand revolts against foreigners, the passing of the imperial-dynasties and the First World War. During a time of such turbulent upheaval, he searched relentlessly for the deepest truths that might enable people to deal with the changes and to shape their own lives. Richard Wilhelm accomplished some of the greatest  works of translation of the 20th century:  the I CHING, THE BOOK OF CHANGES. Still today, Wilhelm is considered one of the most distinguished mediators of Chinese culture in the West. The film tells the story from today's perspective of Wilhelm’s granddaughter. She explores his eventful life during a time of dramatic change and the influence the profound, humane and timeless Chinese wisdom of the I Ching which can still serve as a guide in our own volatile times.