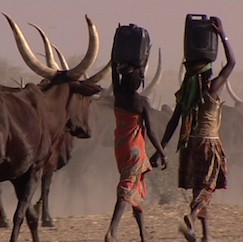 The Fulani Shepherds: A Cry for Help in Africa

The demographic boom in Africa has brought a growing need for food, especially meat. At the same time, traditional breeders, who provide the bulk of the red meat consumed by cities in Central and Western Africa, face a difficult situation. The Fulani shepherds, an ethnic group native to Nubia, have been affected. From Mauritania to Sudan, these nomads, with their remarkable know-how and livestock farming methods, have brought worth to entire countries in the Sahel region thanks to their numerous flocks of zebus and sheep. Today they face enormous challenges. The Fulani’s sustainable farming methods could teach us lessons when our world is increasingly subject to climate change and economic uncertainty.