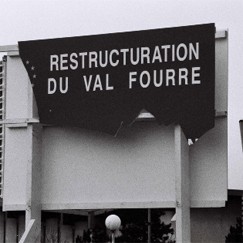 The Heirs of Silence

As much a semiotic poem as an authentic document, the film recounts the history of mankind via the destiny of a town, its walls, its words (of pain) and its signs. Said Bahij, who has lived on a council estate since he was a child, is trying to decipher the "forest of symbols" of Val Fourre. "Gutter sociologist" as he defined himself, the director rests his multifaceted artist's eye on one of the oldest towns in France, transformed into a "ghetto" by the urbanization of the last fifty years. The history of immigration tainted by colonization, accounts that are sometimes tender and sometimes harsh, the film’s black humour shatters the clichés of the "high voltage zones.” The portrait of a modern day place abandoned to the fringes of the capital, where silence murmurs grief and hope.