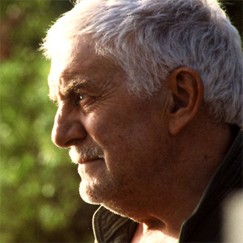 Henry Eyt-Dessus, The Prince of Faro

One of the first adventurers, a hunting guide in a never-ending territory, the life of this endearing character has been far from ordinary. Henry Eyt-Dessus arrived in Douala, Cameroon in 1951 with ten francs in his pocket and set himself up in the dangerous business of fish. He became successful quite quickly and established himself as a breeder in the North, building his superb ranch in N’Gaoundaba. Henry travelled all over the Savannah hunting and discovering animals and the wildlife. A wildlife guide and breeder, Henry was a forward thinker and became a fierce protector of the local wildlife establishing new hunting ethics that were adopted by the Association of Professional Hunters (ACP). This film retraces the life of this charismatic man of integrity who influenced a generation of hunters, both French and Cameroonian.